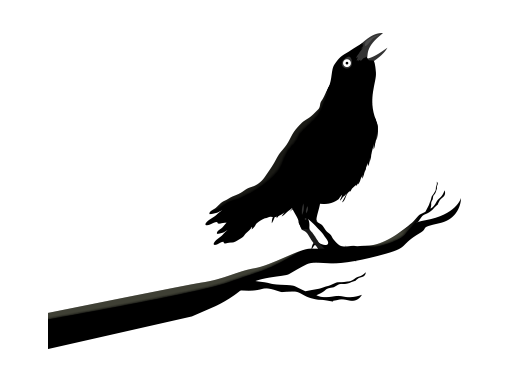 As the sun sinks low on a dark winter evening and the howling winds strip leaves off the trees a shadow of ancient times, the Cailleach, slips down from Mount Seskin. Each year she returns to the hills and vales of South Dublin and frost glints at her footsteps heralding the start of winter. The light of the moon and stars are at her fingertips and she shines a light on what has changed over the year. The Cailleach sees all this through the eyes of her creatures, the raven her eyes in the sky and the fox her ears and eyes on the ground.

The raven swoops through the clouds, hovers over hills and valleys, perches above gardens and alleys. What were once forests, marshes and farms have been transformed over time into countless rows of houses, a grid of endless roads and giant walls of glass and steel.  Rivers and streams still flow through the fields, towns and villages but now human detritus accumulates in the water weeds like garish floating islands.

A shadow, a glimpse of red, moves silently through the spaces between. She is red fox. Over the past year the world around her has changed, people’s lives disrupted and threatened by something unseen so that they retreated into their homes. Many were completely alone. The world fell almost silent. Time stood still

Birds found new voices in clearer skies.  Creatures felt free to roam and Nature had new meaning for many people as they discovered pathways to peace of mind. Some discovered mysterious trails of painted stones and patterns in the earth. People planted their wishes and dreams for safer and happier times. As they walked and walked they rediscovered tracks and traces of nature and realised that they were not the only creatures living in South Dublin.

Now, its winter, and life survives in earth and under stone, hiding in roots, between paving slabs and tree cracks - safe havens where messages are relayed through living fungal networks.  Crawling between brickwork and beams insects find warmth in human shelters. Hedgehogs curl under leaf piles. Pipistrelle, tiny bats nest in dark hollows of abandoned buildings, hardly heard at high frequencies of sound.

Salmon, sea trout, eels and loach, minnows, lamprey, stickleback, perch, rudd, stone, pike and roach abound in the rivers secretly flowing under roads and paths. Concealed by reeds and pennywort, otters, mink and water voles dart in and out of streams and rivers, finding safety in their riverbank hollows.

Sparrow hawks, cormorants, egrets, herons, king fishers, dippers, wag tails, sand martins and moorhens swoop, dive and splash in park lakes and city rivers. But where is the swift? There are rare sightings of this consummate aviator as it searches for nooks and crannies to nest on old houses. This modern architecture, with its smoothed out insulated surfaces, denies them such safe nesting places. Perched up high above roof gutters are house sparrows, roof- nesting gulls and light-bellied Brent geese signalling that it’s time to leave the cold of winter.

All around creatures and plant life of the earth have been living on the edges of human life. Now they are in grave danger. While we have been finding the wild, the extinction of species is rising. Humankind is reaching out for answers to the escalating threat to the planet. Now the birds and creatures of earth, air and water have come to tell the Winter Queen that her gifts of knowledge, healing and peace are needed more than ever.

The Lost Words and the lost spells

During our research and development project we were drawn to two beautiful books that contained poems about the raven and the fox. Having been inspired by people’s stories about discovering Nature these books and the poems gave us further inspiration to create Finding the Wild. 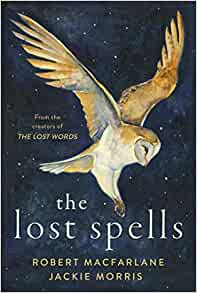 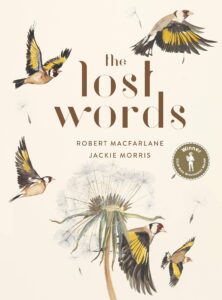 The Red Fox is by Robert MacFarlane from his book: the lost spells with illustrations by Jackie Morris.

The Raven poems or spells are by Robert MacFarlane from his book the lost words: with illustrations by Jackie Morris.

It is called a ‘Book of Spells’ because it seeks to conjure back the near-lost magic and strangeness of the nature that surrounds us.

Robert MacFarlane explains, ”The book began as a response to the removal of everyday nature words - among them "acorn", "bluebell", "kingfisher" and "wren" - from a widely used children’s dictionary, because those words were not being used enough by children to merit inclusion. The Lost Words then grew to become a much broader protest at the loss of the natural world around us, as well as a celebration of the creatures and plants with which we share our lives, in all their wonderful, characterful glory…..

We’ve got more than 50% of species in decline. And names, good names, well used can help us see and they help us care. We find it hard to love what we cannot give a name to. And what we do not love we will not save.”

Rock rasps. What are you?

I am Raven! Of the blue-black jacket and the

and than boulder, raps Raven in reply.

Air asks, what are you?

I am Raven! Prince of Play, King of Guile,

the wind, thrice as fast as any gale, rasps

Vixen ventures, what are you?

I am Raven! Solver of problems, picker of

locks, who can often outsmart stoat and

Earth enquires, what are you?

I am Raven! I have followed men from forest

Nothing knows what you are.

Not true! For I am Raven, who nothing cannot

know. I steal eggs the better to grow, I eat

eyes the better to see, I pluck wings the

A bloom of rust

At your vison’s edge,

The shadow that slips

Through the hole in the hedge,

In your headlights rush,

A scatter of feathers,

The tip of a brush.

A scream in the night

That stops you dead;

A bolt throug the head,

Howled to my lover,

In copse and spinney,

For I haunt city

As I haunt valley,

Climbing the fell- side,

I am red fox -what do you call me?

I am your double,

Your ghost, your other,

The spirit of wild,

The spirit of weather,

Red is my fur and

Red is my art,

And red is the blood

Of your animal heart.

We use cookies on our website to give you the most relevant experience by remembering your preferences and repeat visits. By clicking “Accept All”, you consent to the use of ALL the cookies. However, you may visit "Cookie Settings" to provide a controlled consent.
Cookie SettingsAccept All
Manage consent

This website uses cookies to improve your experience while you navigate through the website. Out of these, the cookies that are categorized as necessary are stored on your browser as they are essential for the working of basic functionalities of the website. We also use third-party cookies that help us analyze and understand how you use this website. These cookies will be stored in your browser only with your consent. You also have the option to opt-out of these cookies. But opting out of some of these cookies may affect your browsing experience.
Necessary Always Enabled
Necessary cookies are absolutely essential for the website to function properly. This category only includes cookies that ensures basic functionalities and security features of the website. These cookies do not store any personal information.
Non-necessary
Any cookies that may not be particularly necessary for the website to function and is used specifically to collect user personal data via analytics, ads, other embedded contents are termed as non-necessary cookies. It is mandatory to procure user consent prior to running these cookies on your website.
SAVE & ACCEPT