The Winter Festival of Lights

Established in 2009 Unwrapped has evolved as a FREE annual Winter Festival of Lights for all the family. Each year commissioned artists have created an original outdoor performance with fantastic costumes, illuminated processions, film and specially commissioned music. Community engagement has always been at the heart of Unwrapped and hundreds of participants from South Dublin schools and community groups have contributed their creativity each year.

Tallaght Community Arts creates opportunities for artists and the people of South Dublin County to explore together the transformative and celebratory power of the arts for the wellbeing of all. Our work focuses on participatory arts, encouraging and supporting people of all ages to be involved in the making of art.  We put people at the centre of a cultural process. We make work in the heart of the community; in schools, community gardens, football stadiums and individual people’s homes – as well as in designated arts spaces.  We have a number of core programmes: Double TAKE STUDIO & Doors to Elsewhere working with people living with a disability, Street Arts Academy, a cultural leadership project rooted in Hip Hop culture, Creative Campus partnering 2ndLevel students with graduates from NCAD with an Artist curator to create visual arts work beyond a gallery setting and our annual ActUP Theatre Festival with secondary schools. 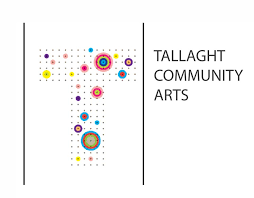 ALTERNATIVE ENTERTAINMENTS is a dynamic arts resource and production company that has been operating since 1982. The majority of Alternative Entertainments’ activities are carried out in the south Dublin region.  Its annual programme features the music education projects The Des Carty Music School, a 3-term instrument tuition school focusing on traditional music, and SubSounds, a project aimed at 14-18 year-olds that offers the county’s young musicians an introduction to the Irish music industry, tutoring in composition, arrangement, recording and performing, and preparation for possible 3rd level music education. The organisation runs the traditional music festivals The Des Carty Sessions and The Mickey McKenna Festival, and The AltEnts’ Children’s Arts Fest. They are one of the contributors to South County Dublin’s annual winter festival Unwrapped.

The County Library, Tallaght, is a multi-award winning, welcoming and light filled space which is an integral part of the vibrant cultural quarter of Tallaght Town Centre. With its relaxed atmosphere, customer focused services, variety of events and state of the art ICT facilities, the County library acts as a gateway to learning, leisure and cultural activities for all citizens of the County. 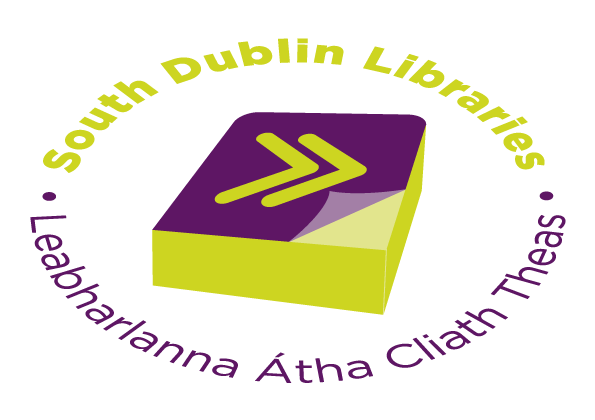 CONTACT Studio is a recording studio that was established in 2009 by South Dublin County’s Arts Office. It is based in RUA RED South Dublin Arts Centre in Tallaght, and aims to provide opportunities for people of all ages to participate in arts activities, and to find opportunities to partner and collaborate with other arts and community organisations wherever possible.  CONTACT Studio has been a member of the creative consortium that has developed “Unwrapped” since its inception. Gerry has been it’s Musical Director and composer since 2012.

We see ourselves as being so much more than a theatre, more a place of possibility where the spark of imagination can set off a journey of curiosity, wonder and discovery. First and foremost of course we are here to ensure you always enjoy a great night out with that extra special Civic welcome. Our place is your place; together we make the Civic come alive. Hosting, crafting and presenting over 500 events a year across theatre, music, comedy, dance, workshops, panto, poetry, family, schools, festivals and conferences.

A place of possibility, opportunity and transformation, where all people are inspired and nurtured to play a creative and civic role in our world.

To enrich the lives of all of the people in South Dublin County and beyond, by crafting and staging a range of shared cultural experiences that invite and provoke a meaningful journey of transformation.

The South Dublin programme engages over 52 musician educators in facilitative opportunities and reaches over 4500 children and young people across the county annually. 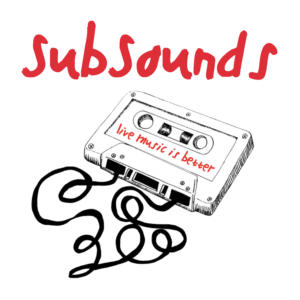 SUBSOUNDS is a music collective open to young people aged 14 - 18yrs with a passion for song writing, music composition and/or music performance. It is developed and managed by a partnership made up of Alternative Entertainments, Music Generation South Dublin and CONTACT Studio (a South Dublin County Council initiative) and runs annually from October to April.

The participants work with professional musicians, host their own gigs, record and release an album, and take part in a variety of performances. Writing sessions, workshops, rehearsals and demo recording take place every Wednesday evening & participants are chosen on the basis of application.

Participants work on individual and group projects over the six-month period. They record demos all year in CONTACT Studio in Rua Red South Dublin Arts Centre, and in February record each year’s Project Album in the world-famous Windmill Studios. The album is launched at an end of year performance in The Grand Social, a city centre venue, where all participants perform a selection of songs composed that year.

A team of mentors, made up of experienced musicians and music industry professionals, deliver the main body of the course. Various supplementary talks and workshops are given by industry-professionals in some of the areas listed above. Each participant finishes the year having created, recorded and performed new work.

We use cookies on our website to give you the most relevant experience by remembering your preferences and repeat visits. By clicking “Accept All”, you consent to the use of ALL the cookies. However, you may visit "Cookie Settings" to provide a controlled consent.
Cookie SettingsAccept All
Manage consent

This website uses cookies to improve your experience while you navigate through the website. Out of these, the cookies that are categorized as necessary are stored on your browser as they are essential for the working of basic functionalities of the website. We also use third-party cookies that help us analyze and understand how you use this website. These cookies will be stored in your browser only with your consent. You also have the option to opt-out of these cookies. But opting out of some of these cookies may affect your browsing experience.
Necessary Always Enabled
Necessary cookies are absolutely essential for the website to function properly. This category only includes cookies that ensures basic functionalities and security features of the website. These cookies do not store any personal information.
Non-necessary
Any cookies that may not be particularly necessary for the website to function and is used specifically to collect user personal data via analytics, ads, other embedded contents are termed as non-necessary cookies. It is mandatory to procure user consent prior to running these cookies on your website.
SAVE & ACCEPT